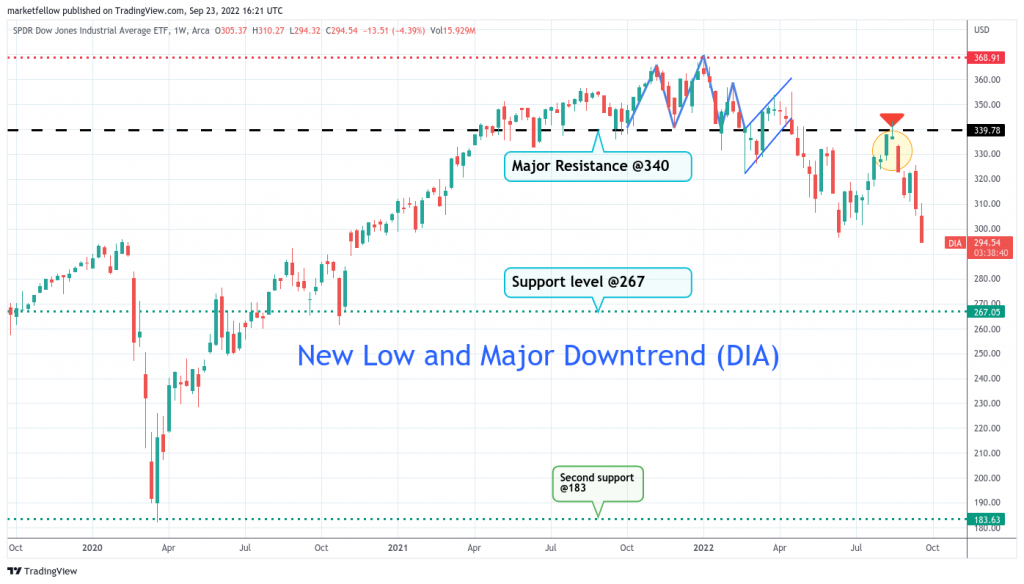 While Dow Jones is making a new 52-week low with -600 points down now, it opens up a possibility for a major downtrend ahead.

S&P 500 and Nasdaq should follow the same pattern. In fact, Nasdaq is the weakest index so it could drop more severely than others.

Tags: dia, stock charts
Share This Post
Have your say!
00
Previous ArticlePolitics: Russia, Iran, China, and the Chaotic WorldNext ArticleCurrency: The Dollar is the King
You May Also Like 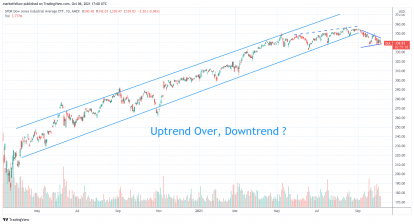 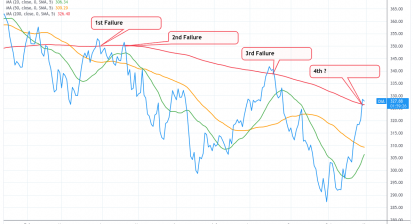 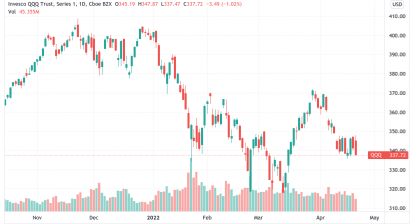 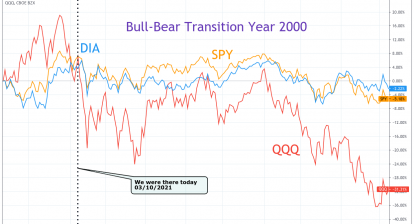 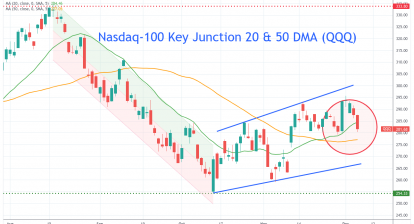 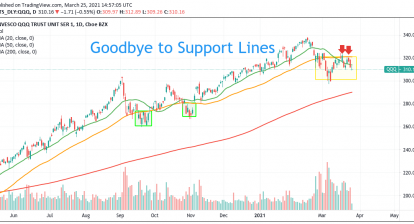